Composer Won-Woo Lee graduated from the department of Composition at Kyung Hee University and is currently studying Music Technology at the Korea National University of Arts. He is focusing on using technology to derive human values and possibilities.

Julian Edwardes (UK/NL ‘79) is a trained visual artist with a background in Fine Art; he studied at AKV St Joost in Breda and at the Sandberg Institute Amsterdam.

Mads Kinnerup is a composer and electronic musician writing and producing new instrumental music using self-developed software and hardware tools. With a background in electronic experimental music, he is interested in pushing the boundaries of how electronic music can be performed and produced in new original ways.

At the moment, his work is based around programming new innovative sequencer systems, both in the analog realm and in the computer, capable of performative human interaction. A key word in his current work is 'morphing' and his current aim is to construct sequencer systems that makes the morphing of sounds from one state to another possible. This will also be the center of his artistic work at EMS.

His educational background is a bachelor in Electronic Music and Sound Art from Danish National Academy of Music. Currently, he is a master student at Rhythmic Music Conservatory in Copenhagen.

Gyuchul Moon is a Sound/Audiovisual artist with academic studies in Electronics engineering.

He explores fields of generative, algorithmic composition. He has developed an extensive audiovisual system to expand the aesthetic possibilities of sound. Currently, he extends research to fields of theatre and movement. He also continues to discover potential generative possibilities through artificial intelligence.

He pushes hard boundaries of contemporary generative art with a clear vision of values and phenomena. His Sound / Audiovisual works have been performed at various festivals, SXSW, WeSA, and exhibited in galleries, Sejong Center, Art Center Nabi.

Gyuchul Moon's residency is kindly made possible by the Arts Council Korea, ARKO. 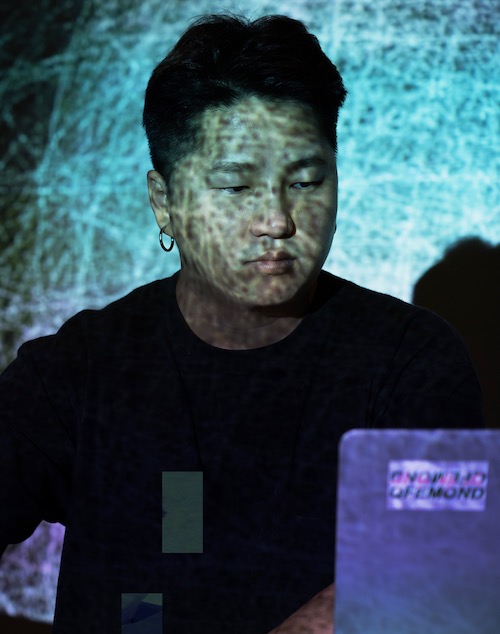 Shakeeb Abu Hamdan is an artist and musician living in Beirut, Lebanon. He was actively involved in the UK’s DIY/experimental music scenes over the years, playing in various experimental rock/weird punk bands and running Ouse, a recording studio and label. 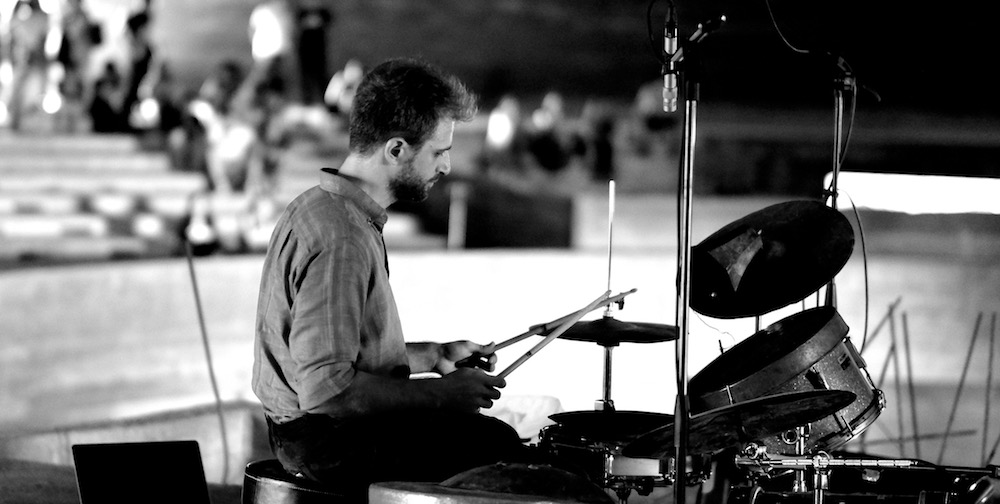 Recent recordings and performances have centred around the use of drums, collected metals, bells and cymbals which he augments and amplifies with surface transducers, microphones, pitch and modulation effects, cheap looping megaphones and other lo-tech electronics.

Shakeeb Abu Hamdan's residency is kindly made possible by Mophradat

Camille Delafon is a french musician and composer. Her work includes contemporary and acousmatic music, sound installations, as well as composing for films/images : she has been collaborating with film directors and photographs for over 15 years, from feature films to video and photographic installations. Building listening/hearing experiences stands al place in her work. She is currently working on a serie of sound installations (Places) that integrates the musical and sound experience into a specific environnement and aim to offer new postures of listening for an audience.

Camille Delafon was trained as a classical and jazz pianist (American school of Modern Music), before studying electroacoustic composition with Octavio Lopez and Denis Dufour in the Conservatory of Paris (CRR) where she graduated. She studied contemporary music with Martin Matalon and Fernando Fizbein at the CRR of Aubervilliers. She has been teaching sound analysis and sound creation in the cinema School ESRA in Bruxelles, and will be giving lectures on film music as a guest composer in Stockholm Univertsity of the arts during Spring 2020. During her time in Stockholm, she will be working at EMS periodically. 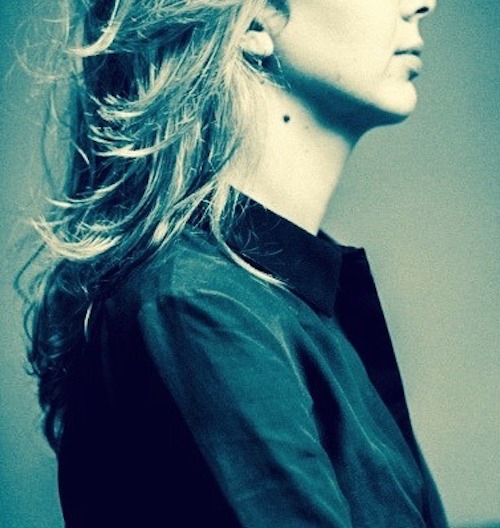 Kerstin Möller is a multi-disciplinary artist rooted in sound art, experimental music, choreography and contemporary dance. She studied Choreography, Dance and visual arts at Dartington College of Arts in England and the Icelandic Academy of Arts, Urban Sociology, cultural relations and political theatre at Goldsmiths, University of London, where she was introduced to sonic urbanism and Media Arts at the University of Art and Design and ZKM in Karlsruhe, Germany where she focused on performance installations, sound art and experimental music.

In 2017 she was among the finalists for the art stipend of Baden-Württemberg in southern Germany for New Music. Her sound work is exploring sounds found in cities, often produced by various infrastructures she encounters, synthesising natural phenomena, beat making, her voice and the practice of prepared piano, oscillating between sonic poetry and infrastructure blues.  She performs her music in art settings and produces as part of her choreographic practice.

During her time in Stockholm, she will be working at EMS periodically.

Hoonmin Park is a composer and drummer, and is studying electro-acoustic music composition at Korea National University of Arts. He is working on creating an ideal structure as a sound, exploring various works and techniques between macro and micro, changing present and past. The structure has some images, and sometimes the external structure is emphasized or the internal images are highlighted depending on the work. He wants to create works that logical methods of creation underlie on it’s basis but can be sensuous and intuitive. 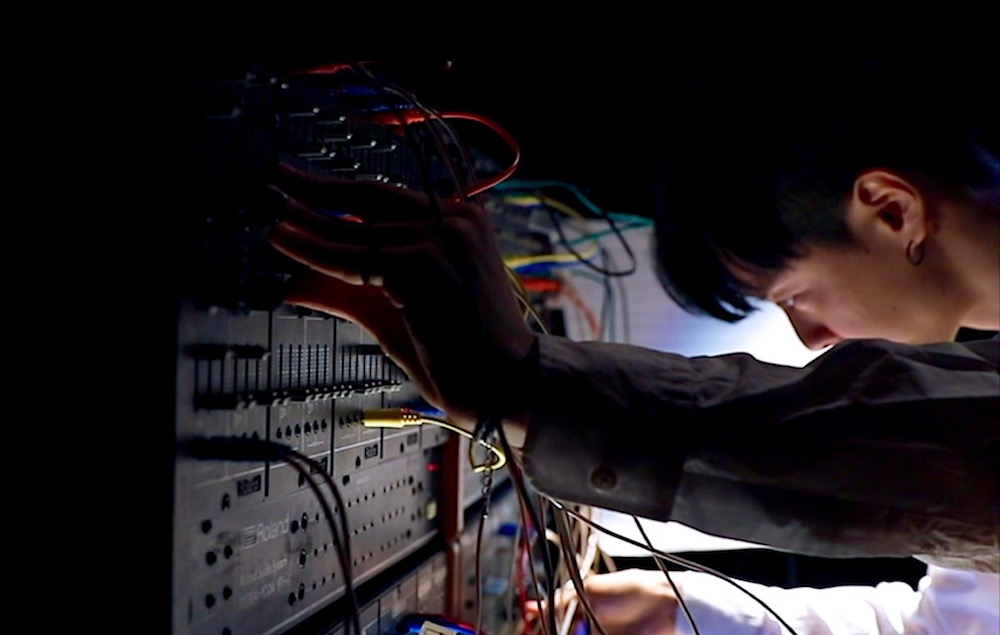 Although she started as a traditional musician and has been active in Korean classical music groups, she has continuously tried to find a meeting point between traditional-, modern-, electronic- and world music.

More than just being a performer playing Korean traditional and Western percussion instruments and various special instruments, she is driven to learn about the techniques and methodology of electronic music and sound programming. This wide interest also made her a DJ and sound designer.

Lately, she has been successfuly expanding her musical career as a music director in various dance and theater pieces, making use of her sound range from traditional to electronic.

She has now become a multi-producer working with sound designing, producing, composing, and arranging.

Hyewon Choi's residency is kindly made possible by
the Arts Council Korea, ARKO. 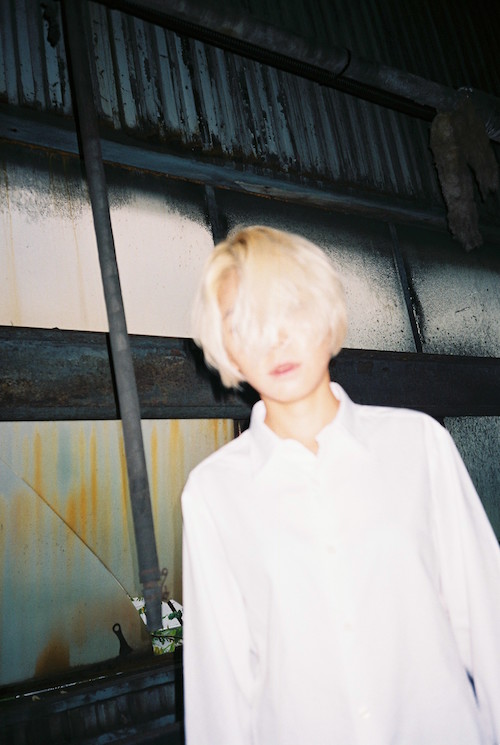 We welcome Francesco Torelli for a nine month internship @ EMS!

Francesco is a sound lover who graduated in electronic music at Conservatorio G.F. Ghedini Cuneo. His work is based on electroacoustic compositions, live performances and sound design for moving images (documentaries and movies).

In his music, he mostly uses digital and analog elaboration of recorded sounds, with the aim to give sound a meaning, paying attention to perception aspects. He is attracted by musique concrète and from the act of recording sounds, played or from the environment.

Francesco is still working to know his different faces of musical identity better. The work is never ending and lot of fun.

SØS Gunver Ryberg is a Danish artist, composer and acoustic fanatic who thrives in the uncompromising extremities of electronic music. A stuntwoman in a past life, she now wields an arsenal of insistent industrial rhythms, raw techno and expressive sound art that challenges your state of consciousness.

Ryberg’s work embodies her rich production history. Her 2016 debut AFTRYK, released on Contort Records, for which she processed her own field recordings made inside a mountain on Svalbard, is a meticulous exploration of textures and timbres that has an undeniable live quality. With a broad background in performance and production, her works encompasses multichannel installations, live concerts, performance art, video games, and much more. For video games, Ryberg has created music and sound design for two acclaimed indie productions: the multiple award-winning ‘INSIDE’, which she worked on with Martin Stig Andersen; and, as part of SGR^CAV, a collaboration with Cristian Vogel, for twin-stick shooter game ‘THOTH’.

An AIR-programme grant from Nordic Culture Point has made it possible for SØS Gunver Ryberg to work at EMS.

Olli Aarni (born 1988) is an experimental musician working in Vantaa, Finland. His music reflects the weather conditions and creates artificial views of the nature.

Aarni's sounds are based on dense timbres and static harmony, and the soundscapes yield rhythmic repetition and create worlds to get lost in: like reality condensed into magic or a hidden valley between new age and noise.

Aarni's discography spans over 20 tapes, vinyls and CDs released on four continents, and he has performed in Japan, Belgium, The Netherlands, Germany, Sweden, Estonia, Russia and Finland.

An AIR-programme grant from Nordic Culture Point
has made it possible for Olli to work at EMS. 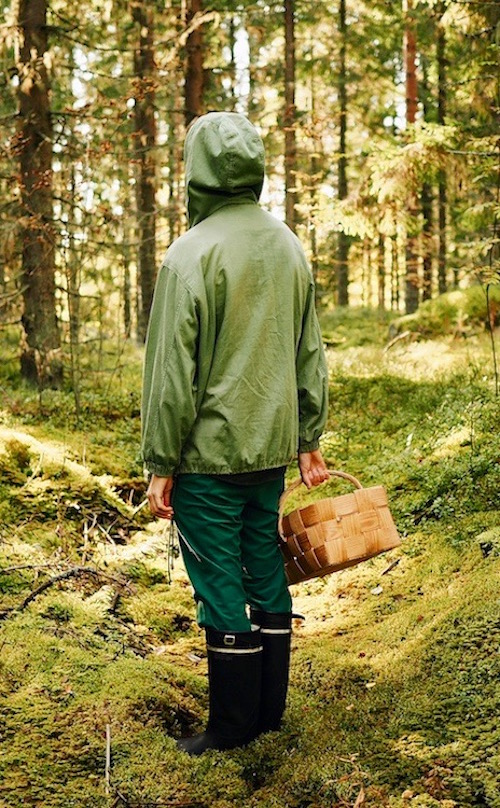 Tine Surel Lange (b. 1989) is a Norwegian composer and sound artist working with the surrounding world both thematic and as material. Her works range from experimental chamber music to electro acoustic works to performance and audiovisual works. She belongs to a new generation of artists and composers who work with 3D audio, immersive and surrounding sound.

An AIR-programme grant from Nordic Culture Point  has made it possible for Tine to work at EMS.