Francesco Perissi is a sound designer, multi-instrumentalist and sound engineer. He learnt the secrets and potential of musical instruments and audio software working for years at a specialized shop. After numerous concerts as a guitarist and 3 albums recording with post-metal band "Qube", Francesco Perissi chose to get inside the digital audio world.

He graduated in electronic music at the Conservatory L. Cherubini in Florence, where he wrote compositions performed by the New Music Ensemble of New York and used for soundtracks and performances by local artists. During his studies he started collaborating with Research Center Tempo Reale in Florence and worked as an audio engineer for numerous festivals and concerts of electronic and contemporary music. He is currently studying Sound Design Master Program in Conservatory G.B Martini in Bologna.

In 2014 he started his solo project "XO" where the electric guitar creates ambient textures that come together in rhythmic and filtering of electronic nature, and in 2016 the project “X6”, where the guitar is spatialized in 6.1 loudspeakers thanks to exaphonic pick-up. Francesco Perissi currently focuses its research on the possibilities of technological development and expressive of musical instruments and is active as a composer and teacher of audio software.

Francesco Perissi has been working and recording at EMS in 2018, while being an ERASMUS student at the Swedish Royal College of Musik (KMH ) in the Electroacoustic Music Composition and Music Media and Technology department. 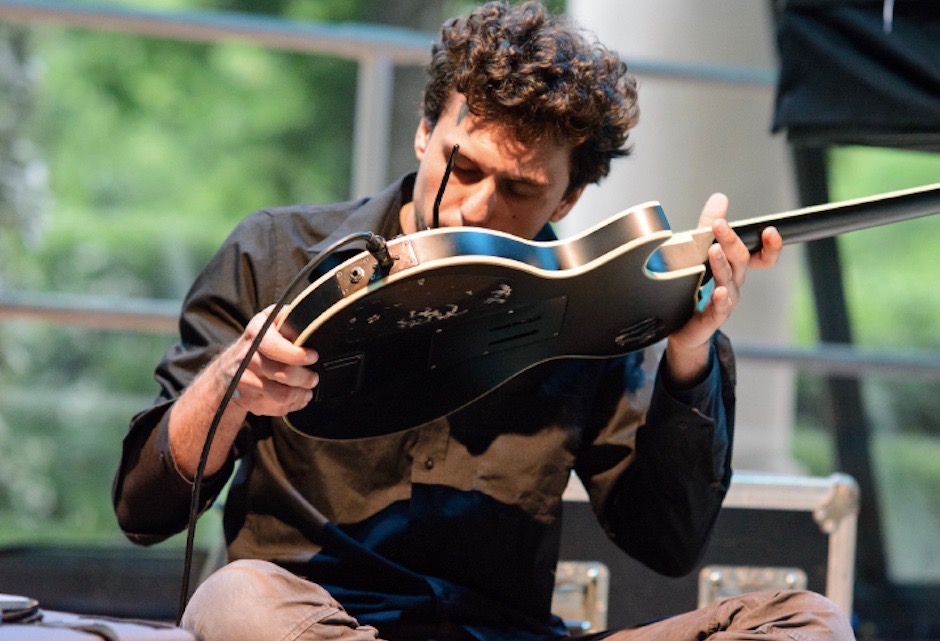