Awarded Arts Council England support for the 2017 ‘Stations of the Cross’ Solo Piano Tour and nominated in 2014 for a Paul Hamlyn Award for Artists, Simon Vincent is a performer and composer of acoustic and electronic music, who has been challenging the boundaries of genre and musical expression with a highly personal language since the early 1990’s.

Having recently completed a commission from RPO Principal trombonist Matthew Gee for 3 electroacoustic miniatures, and BBC Radio 3’s Nick Luscombe, Simon is currently composing a new work for percussionist Jonny Axelsson as well as a substantial new work for piano and electronics, to be premiered in 2020. 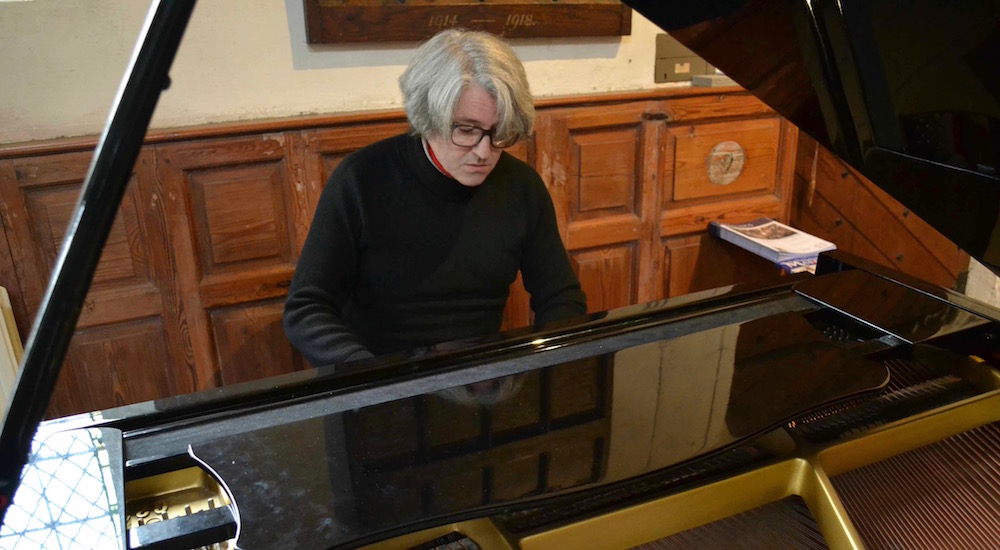 Active for many years in the UK’s improvised and experimental music scene, Simon was also resident DJ in the Cookin’ Room at LTJ Bukem’s Progression Sessions, releasing compositions and performances on Erstwhile Records, EMANEM, L’innomable, Good Looking Records, as well as own label Vision of Sound.