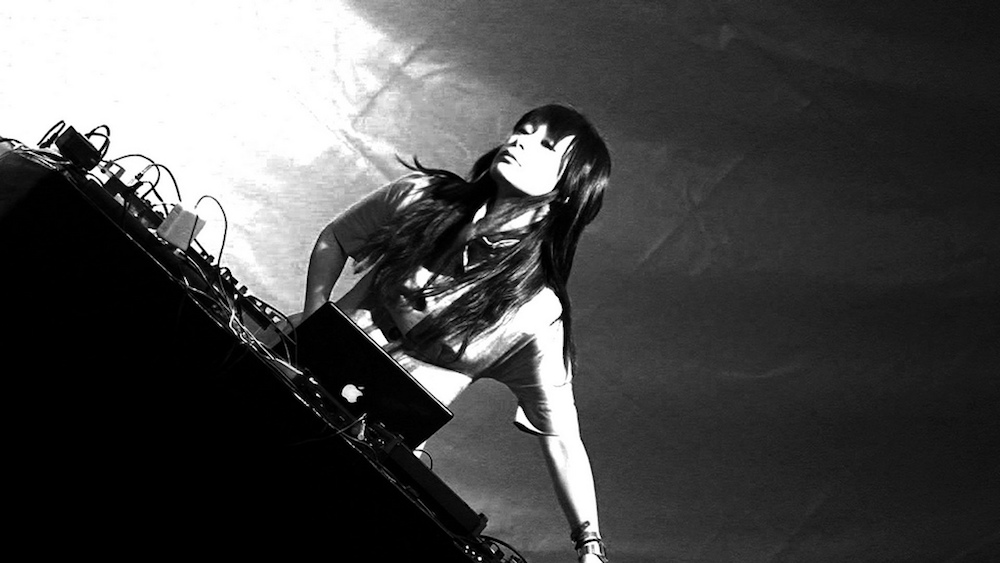 Photo: Sylvia Stäinhauser
She grew up in Japan, having piano, flute and syamisen lessons during her childhood. While listening and recording radio shows and Tuning sound of radio to tape, she became attracted by tape recorder and bass sound. She enjoyed taking her tape recorder to pieces and observe each role. It helped her to understand the invention of the recording apparatus.
In 1999 she started to explore the potential of synthesizers/computers and began a trip as a backpacker with her small synthesizer, travelling through USA, Spain, France, UK etc. There, she experienced improvised music with local underground artists and learned differences in expression by personality, regionality and musicality. In 2008 she released her first EP. Kyoka has presented live performances at CTM, Sonar (tokyo), Volt Festival, and also Plissken Festival (there she won No.2 best act.) etc.

In March 2017 the APPLE “ShotoniPhone7″ advert featured “Hovering” by Kyoka taken from “Kyoka.sh” r-n 170 which was composed and mixed at EMS.