Julien Boudart (b. 1978) is a french musician, composer, improviser and theorist. He has been experimenting with analog and modular synthesizers, DIY circuits, home-made instruments, field recordings and sound collage since 1994. After having been active in the underground electronic music scene,
he focused more on live music with improvisers playing acoustic instruments. He also worked for the theater and for the radio.
At EMS Julien Boudart will be working on Nome Polycephale, his solo project on the Serge modular, about the myth of Perseus and the Gorgon and other similar myths depicting the fight between a heroe, warrant of the cosmic order, and a reptilian figure of the chaos. 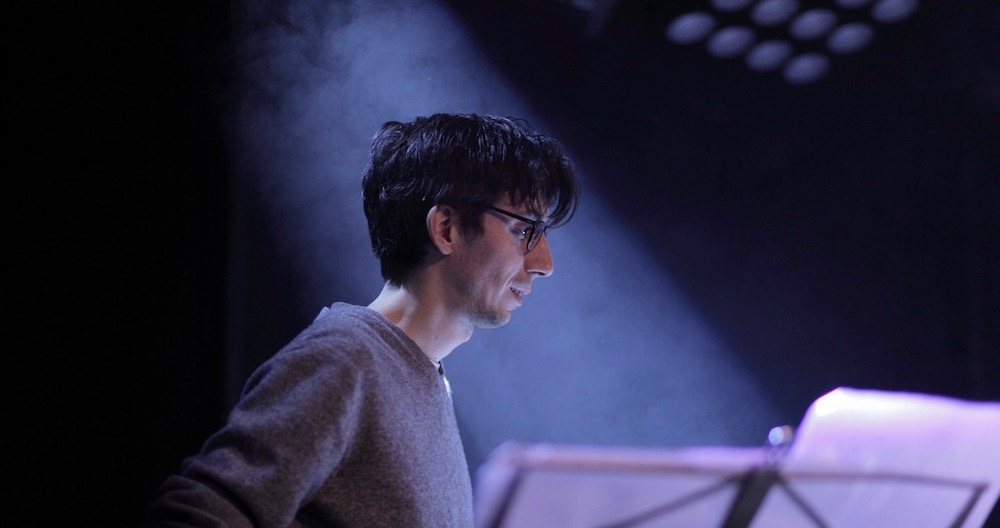 As a musical performer, he is mainly playing the Korg MS20 and modular synthesizers often routed into various nonlinear speakers and resonators.
He is a member of several regular bands and projects, including Printemps, Chameleo Vulgaris, Babil Sabir, La Condition Pneumatique and Profane Music for Sacred Places.
Through concerts, sound installations, hybrid performances, odd radio shows, studio projects, field inquiry and studies in the fields of philosophy and anthropology, he is conducting a research on the ritual, political, social and magical functions of music.