Nur is an Egyptian electronic producer, singer and sound artist currently based in Cairo, Egypt. She recently graduated from Goldsmiths University
of London, where she received her Master of Music in Sonic Arts.
Nur’s sound and productions display the influence of “Musique Concrète” and Electroacoustic music, as well as her deep interest in Islamic religious music
and ethnomusicological research and compositions. She is particularly fascinated in integrating the human element within the electronic music context,
which is why she frequently uses vocals, body sounds and field recordings in her work. 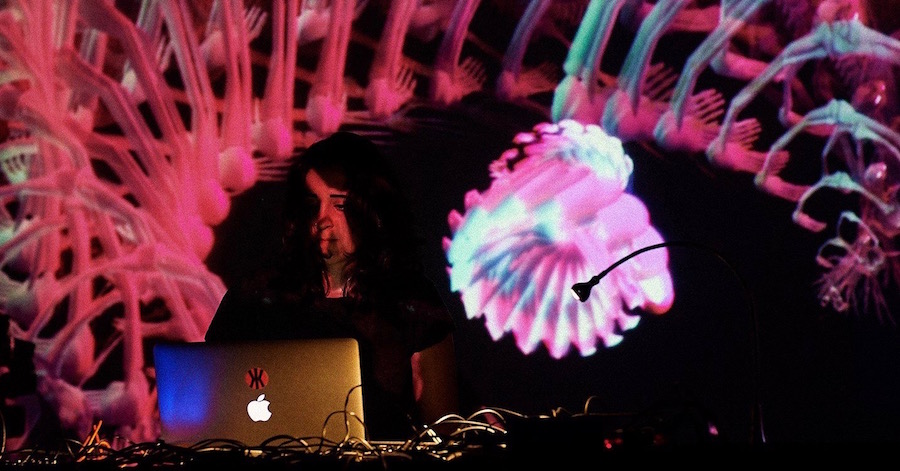 She has performed in venues & festivals such as Cafe OTO in London, La Gaîté Lyrique in Paris, Irtijal Music Festival in Beirut and Ausland in Berlin.
Nur has collaborated with film makers, theatre directors, sound artists, musicians and dancers throughout the past two years.
She is currently exploring experimental dance music as well as lives ound design for experimental theatre.
LINKS:
Soundcloud: https://soundcloud.com/thisisnur/tracks
YouTube: https://www.youtube.com/watch?v=ybvT-ZTu41Y&t=1663s
Facebook: https://www.facebook.com/nursounds/   https://www.facebook.com/pg/nursounds/videos/
Twitter: https://twitter.com/thisis_nur