SEC_ is one of the new talents of italian electro-acoustic music. Improviser and composer, he tries to drive the musique concrète in a new dimension, open to the darkest power electronics as well as to the research on feedback devices. His main instrument is the reel-to-reel recorder Revox, that he uses to warp different sound materials, creating unpredictable and grotesque joints, full of cuts, blasts and deep sounds. Continuously trespassing the borders between analog and digital, structured and improvised, narrative and abstract, SEC_ is rather interested in the relation between physicality of sound (and the generation of it) and what we can maybe still call “musicality”. 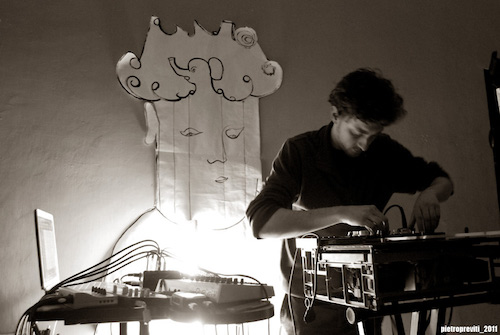