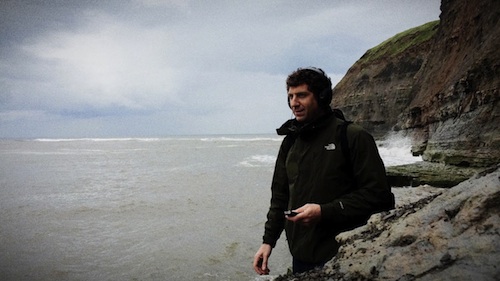 EMS welcomes Ben back! He is visiting Ems to create sounds on the Buchla and Serge modular synths for his new album to be released later in the year. He will be processing large amounts of recorded material including some extremely heavy guitars using the synth's filters.

Ben Eyes is a composer working in the North of England. His work is typified by large, complex textures and sound collages using field recordings, heavily treated guitars, acoustic instruments and analogue synthesisers. His performances combine video, immersive surround sound, live musicians and electronics. He is interested in collaborative work in theatre, performance art and video. Ben has performed at festivals and concerts across Europe and the USA and released music on record labels Time Released Sound, Hippocamp, The Centrifuge and This Is Music. Ben has recently completed a Masters by Research in Music Technology at the University of York, around the thesis ‘Multimodal Performance Approaches in Electronic music'.