The music of Max Eilbacher draws upon the European traditions of electroacoustic and musique concréte composition, the intuitive American free noise underground, and the abstract edges of processing-intensive computer music. Recent records have been released by Spectrum Spools, Fogged Records, Anomia, NNA Tapes, and a series of self released cassettes. He has toured extensively through North America and Europe with collaborations and solo projects. Elibacher's compositions are influenced by his background as a video artist, he holds a Bachelors of Fine Arts in cinematic arts. 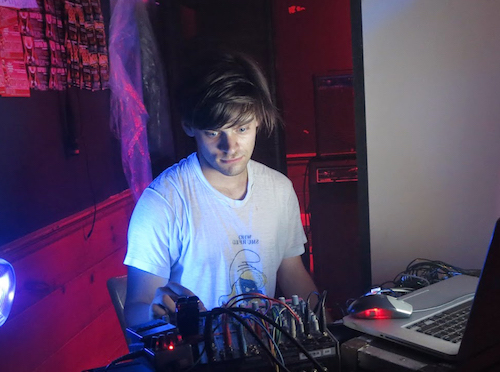