EMS in collaboration with the Embassy of Spain are proud to invite Xabier Erkizia for a residency. He is a musician, sound-artist, producer and journalist from the Basque Country. His work is based on research among different people, sounds and formats in different situations as sound installations, recordings and musical compositions, radio-art pieces, bands, collective improvisation… 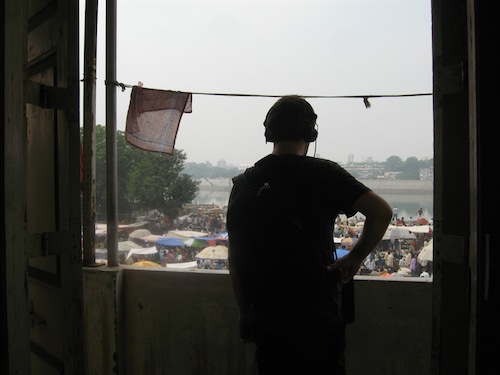 Over the past 15 years Erkizia has show his work in several countries of Europe, America and Asia, and has released several albums, both solo and in collaboration with artists such as Mattin, Eddie Prevost, Francisco López, TV Pow, Alan Courtis, Iñigo Telletxea, Voodoo Muzak, Akauzazte, Maialen Lujanbio, Arantxa Iturbe, Oier Etxeberria and many more.

Actually, he participates in several projects as Billy Bao, Ornitorrinkus or Soinumapa.net  and regularly composes soundtracks for films of directors such as Isabel Herguera, Vuk Jevremovic or Izibene Oñederra. Among others. His works has received several awards worldwide.

Since 2000, he directs the annual Other music festival ERTZ, and since 2003 to 2014 acted as coordinator in the sound department of the contemporary art center Arteleku located in Donostia-San Sebastian. He has also curated several exhibitions, festivals and projects related to sound-art and experimental music. He has published several essays on the phenomenon of listening and still works regularly in various media, especially newspapers and radio. Actually he is a member of the association AUDIOLAB.