France Jobin is a sound / installation / artist, composer, and curator residing in Montreal, whose audio art, qualified as "sound-sculpture", reveals a minimalist approach to complex sound environments where analog and digital intersect. Her installations incorporate both musical and visual elements inspired by the architecture of physical spaces. 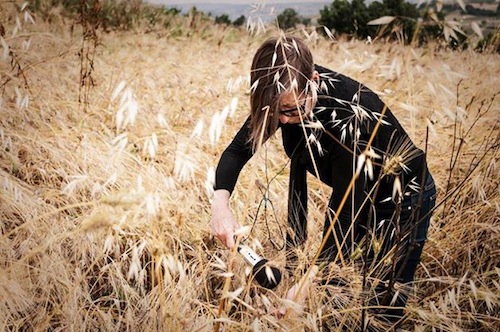 Jobin has solo recordings on many renowned labels, mainly ROOM40 (AU), LINE (US), nvo (AT), Baskaru (FR) and ATAK (JP). Her sound art is also part of countless compilation albums.

Invited by the AIR Artist-In-Residence program in Krems (AT), she created und transit, a sound installation set in the MinoritenKirche cloister in Stein (AT). A recent collaboration with artist Cédrick Eymenier (FR) resulting in "EVENT HORIZON" was presented in Paris, at the Venezuela Biennale, the Torrance Art Museum in Los Angeles, and at ISEA RUHR 2010. In 2011, Jobin was one of five international artists to present her sound installation, Entre-Deux, in the new media exhibit Data/Fields, curated by Richard Chartier in the Washington, DC area, along with Ryoji Ikeda, Mark Fell, Caleb Coppock, and Andy Graydon. A new audio visual collaboration with Italian artist Fabio Perletta and xx+xy visuals will debut in the fall 2014 at A x S / ak-sis / FESTIVAL 2014 | CURIOSITY as part of the Synergetica Screening (CA).

“immersound”, a concert event/philosophy initiated by Jobin, proposes a dedicated listening environment to seek out/explore new experiences in the listening process. First produced in 2011 at Oboro in Montreal, she continues to curate and produce the event.

She was a finalist at the Sonic Arts Awards 2014 (IT) in the Sonic Research category. In January 2013, the Conseil québécois de la musique awarded France Jobin with the prestigious Opus Prize for Concert of the year – Category Musiques Actuelle, électroacoustique for her concert at AKOUSMA 8.

This is made possible by the generous support of the Canada Council for the Arts and the Conseil des Arts et des Lettres Québec.