Mads Emil Nielsen (http://madsemilnielsen.dk) (b. 1989) is an electronic musician/composer, currently based in Copenhagen. With great inspiration from both early and modern experimental electronic and electroacoustic music, he often works with basic sound sources such as sine waves and noise, as well as recordings/loops of acoustic instruments and more complex effects and granulations; sometimes combined with video.
During his residency at EMS, he will be working on new material for concerts and releases with the studio’s Buchla and Serge synthesizers.  http://www.madsemilnielsen.dk http://www.arbitraryproject.com 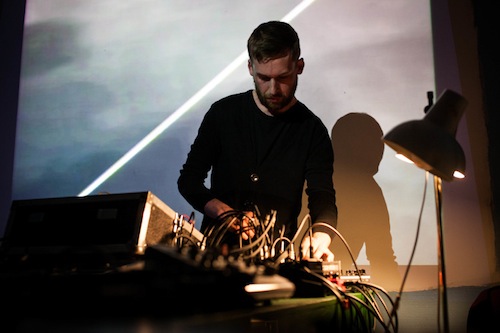 He recently founded the label and artistic platform arbitrary (http://arbitraryproject.com) on which he released FRAMEWORK (graphic scores + recordings) and a reissue of PM016, released on Plant Migration Records (US) in 2014.