The space in between, born in early 2009, this audio-visual duo is the meeting of two disciplines trying to establish a dialogue. Alba and Nikka met IDM soundscapes and abstract visual patchwork. They walked together, building internal sounds that add color to life. They visualize music and sonorize image. They walk through space narrative. Feeling comfortable between analog machines and aesthetic beats, they have pried their eyes off computer screens. Balance and chaos move through silence and black space.  These two professional trajectories met in Barcelona, using intuition and improvisation to begin their narrative. In the “Sonar Complex” at Sonar Festival 2009, they hit the mark, flooding with electronic emotion at the “Convent dels Angels.” 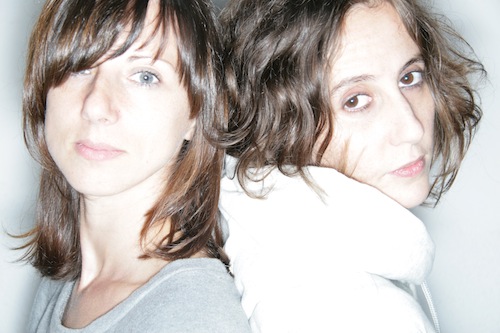 Nikka and Alba met at El Niu, a contemporary artistic space within Barcelona in 2006. They started collaborating on different projects around the city. It was not until 2009 that they created common space where they could both feel comfortable.
For them, the learning process is one of their paths. They think that with the new fields of development the public needs to understand and use contemporary expressions to form themselves. Nikka teaches DJ skills and music production while Alba teaches visual programming. For them it is a responsibility to foment the audio-visual culture. 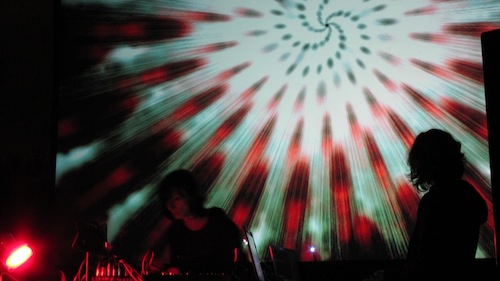 They understand electronic music separated from the club scene and visuals separated from loops. Their performances are based on the sensorial emotions of form, sound, sensibility, and expression; and the generative power of abstract art with the strong personality of melancholic sound. They take good care of their performance space out of appreciation for responsibility and aesthetics, feeling comfortable at convents, churches, art galleries, and auditoriums. One of their objectives is to bring the public an audio-visual experience produced by machines transmitting emotions.