Lorenzo Senni: Tireless investigator of dance music’s mechanisms and working parts, and head of respected experimental label Presto!?, the Italian musician produced one of the last couple of years most unique albums "Quantum Jelly" (on label Editions Mego). An amazing deconstruction of sound and rave culture in the 90’s, carefully analyzing it’s constituent parts for reuse in a very different context, with repetition and isolation as key concepts.  His work explores the idea of the “buildup” found in euphoric dance music as a starting point to make a non-uplifting, more introspective piece that implicitly preserves its emotional tension and drama. 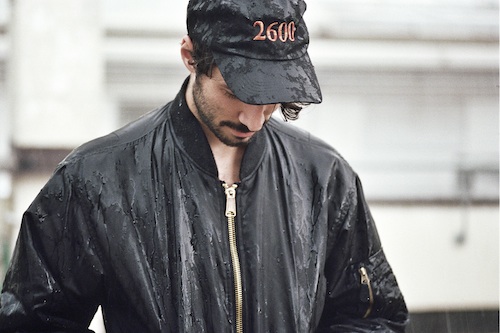 The music often begins with one simple idea or musical pattern, forcing it into a sonic spiral of percussive, endlessly contagious, arpeggiated melodies. Lorenzo Senni, who coined the term "Pointillistic Trance" to describe his approach on Quantum Jelly, is described as a sadistic scientist that is ripping the spinal cord out of trance and dangling it in front of our eyes.  Critically acclaimed "Quantum Jelly" was 10th on Boomkat TOP100 of 2012, 34th on Fact TOP50 releases of 2012, 7th on DEBUG November 2012 Chart. With his side project STARGATE, released on the italian Hundebiss, with “Hexplore Superflu- idity” and played almost 30 gigs around Europe in 2013. Lorenzo Senni is also part of the power-trio One Circle along with Vaghe Stelle & A:RA. In September 2013 they released their first Ep on Left_Blank, and a new work on Italo-berlinese G.O.D. named “Transparency”.  New album “Superimposition”, released Sept-2014 on Boomkat Editions, was on Fact Magazine TOP 100 RECORDS OF THE DECADE [so far].  As founder of Presto!? Records, he has released albums by a number of internationally acclaimed artists including Florian Hecker, Carsten Holler, DJ Stingray, Carl Michael Von Hausswolff, Palmistry, EVOL, Marcus Schmickler, just to name a few.