Latex balloons have been Judy Dunaway’s primary musical instrument and compositional focus for over twenty years. She has presented her free improvisations and compositions on balloons as serious musical instruments, as well as sound installations and electronic works utilizing balloons, throughout the U.S. and Europe at many festivals and venues. 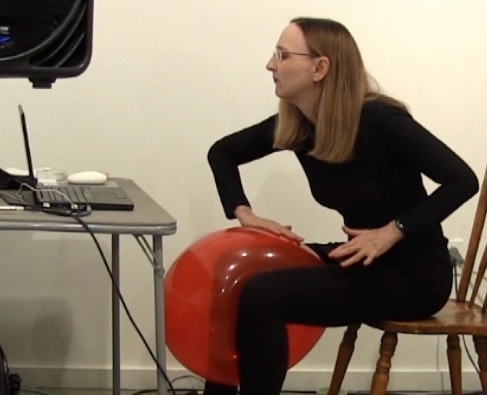 She has a Ph.D. in music composition from Stony Brook University (New York) and an M.A. in experimental composition from Wesleyan University where she studied with Alvin Lucier. She has been a Visiting Lecturer at Massachusetts College of Art and Design in Boston since 2005. At EMS she will be working on a new live improvisational interactive system based on recognition of her balloon sounds interfacing with synthesized electronic response.