Roland Kuit is an independent researcher, lecturer modular synthesis and composition and invented numerous cutting edge concepts in this field. As an author he writes about modular synthesis, research and sound design. His most comprehensive book is the "Laboratory of Patching; Illustrated Compendium of Modular Synthesis".  As a composer, his music and books are published by Donemus, Publishing House of Dutch Contemporary Classical Music. 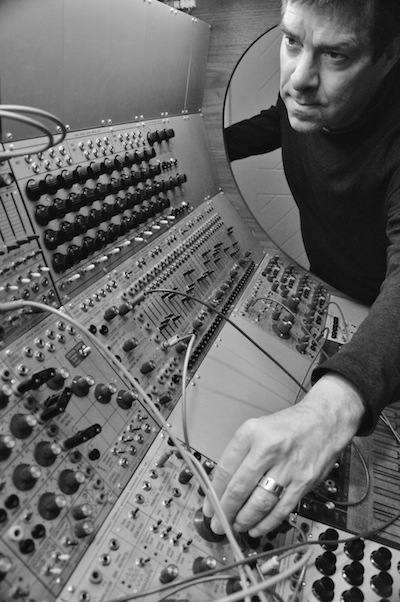 Roland Kuit received his first piano and recorder lessons at the age of six. Fascinated by the phenomenon 'sound' he made his first improvisations. The tape recorder at home was not only used to record these sessions but also all kinds of noises. He started playing the flute at the age of eleven. One year later he was accepted at the Royal Conservatory in The Hague. His teachers were Mirjam Nastasi and Marijke Bakker. After playing Baroque music, his interest went via Debussy, Fauré to the modern composers like Escher, van Dijk, Fukushima.

Electronic music crossed his path. At that moment Roland made a decisive step in his career by subscribing at the prestigious Institute of Sonology in the Netherlands, one of longest-running research and production hubs on the European electroacoustic music scene. With great enthusiasm Roland studied analogue modular sound design and composition under Jaap Vink and Frits Weiland. Roland attended lectures about MIDIM/VOSIM given by Werner Kaegi and Stan Tempelaars as well as Fortran IV music from Gottfried Michael Koenig (1981-1985) and Paul Berg's lectures PILE. Roland took the opportunity to study and explore interactive composition and acoustics at the IRCAM, Paris. Kaija Saariaho and Philippe Manoury were his teachers (2000).