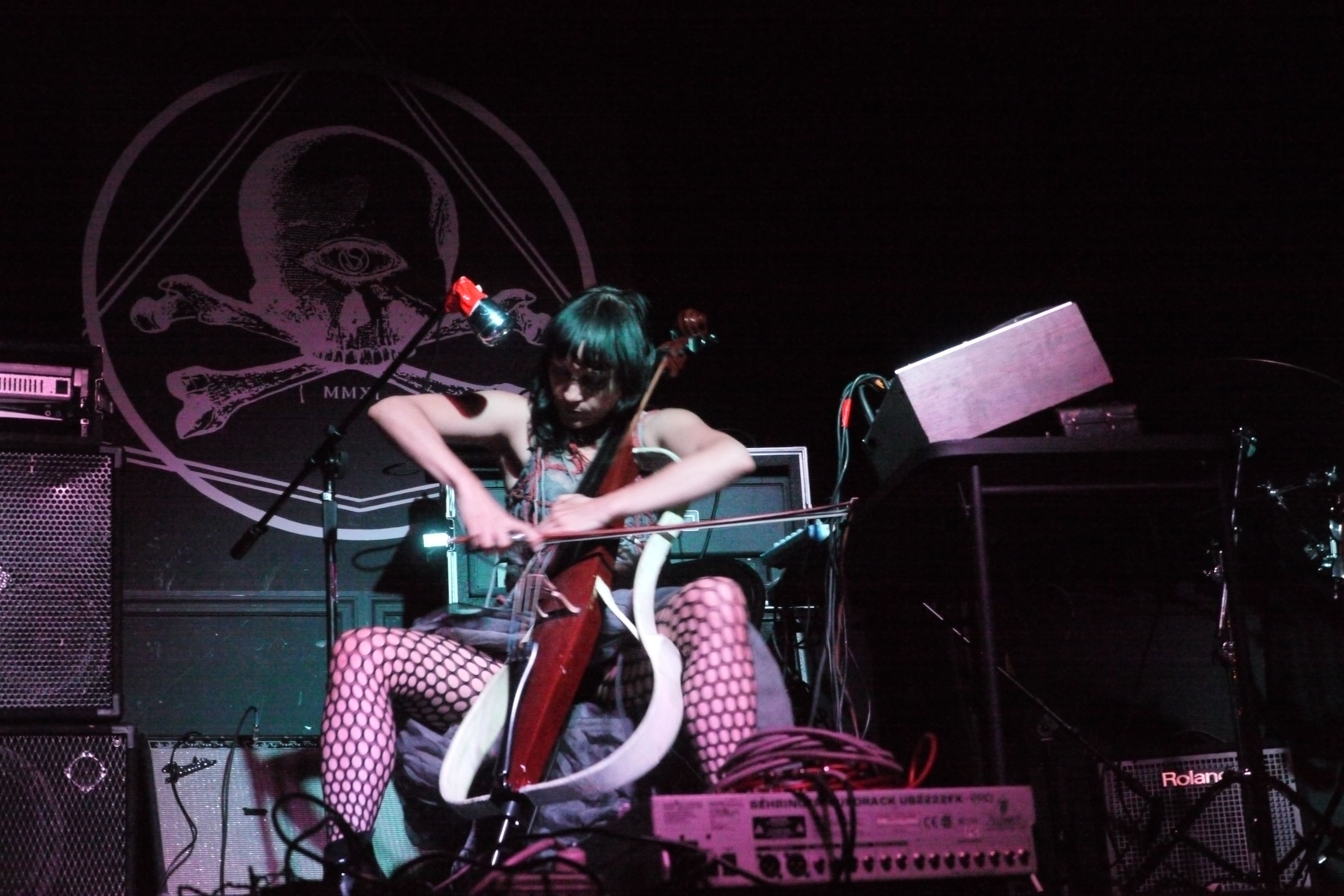 EMS Guest composer MV Carbon will perform two times during her stay in Stockholm - her first performance is at Klubb Mesmer on wednesday the 27th of May, sharing the bill with Marja-leena Sillanpää and a film by Carl Abrahamsson. Her second performance is at Kägelbanan on the 28th of May, opening for Liturgy.

Her live performances combine sonics, physicality, projection and object manipulation to transform space. Her current work refers to magic, multidimensional travel, invocation, interchangeability, and the externalization of the neurological mechanism. She intends to provoke extrasensory awareness through disorienting “reality.”

MV Carbon, Marja-leena Sillanpää and a film by Carl Abrahamsson at Klubb Mesmer 2015.05.27: