Phillip Schulze (*1979 Düsseldorf, Germany) is a composer, computer performer, media artist and educator, who explores the disciplines of composition, sound art and performance, including multi-channel real-time computer processing, interactive sound environments and compositions for voice and instruments. With his new composition series „Intermorphologies" which is based on self developed software, Schulze explores multi-dimensional sound mutations and musical causalities generated electronically in realtime. At EMS he hopes to realise two projects: on one hand a hybrid version of this series utilizing parts of the software in combination with the Buchla System and on the other, to work with his long-time colleague Andrew Raffo Dewar on their duo works. 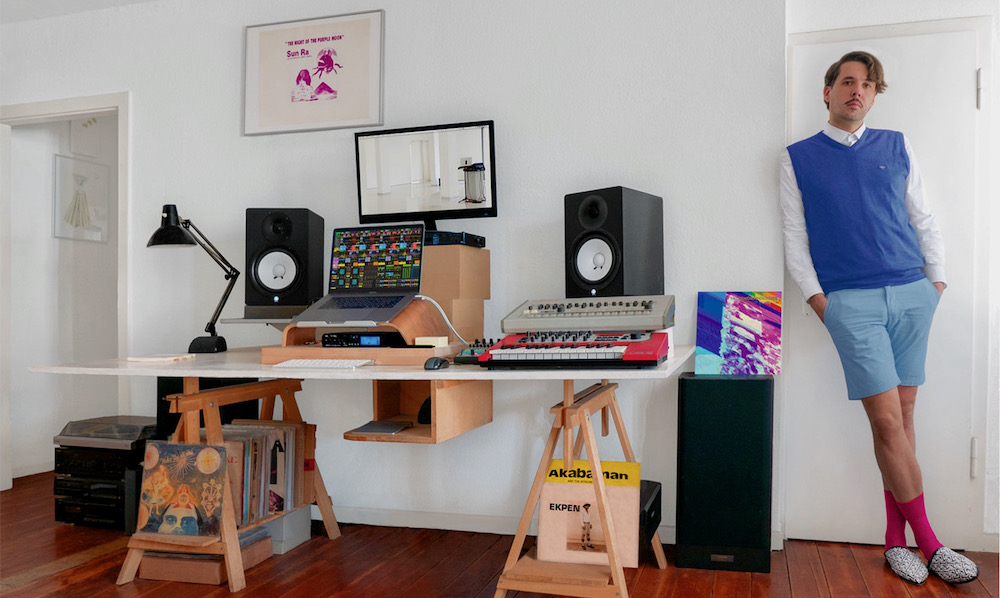 Phillip Schulze studied and worked with a number of major figures in contemporary music. Prior to composition, he studied Media Art and Stage Design at the University of Arts and Design Karlsruhe, followed by a media-art research appointment in Singapore.

His work has been performed or installed in numerous sites in Europe, Asia, Australia and North America. Schulze received the „Audi Art Award“ as well as an Honorary Mentioning in the field of Digital Musics & Sound at the Ars Electronica in Linz, Austria. In 2011 the University of Music Düsseldorf appointed him as Visiting Professor and Head of the Music Informatics Department at the Institute For Music And Media.

In 2021 he was commissioned to realise a composition for the thousand years anniversary of the St. Apostel Basilica Cologne. The work „A Contemplation Towards Multitudes“ for vokal ensemble, organ and electronics was performed with video projections and 24 loudspeakers. Accompanying Schulzes electronics, the "Fiat Ars" ensemble and Brian Parks on the organ performed for 16 hours and 40 minutes without interruption.