Mia Zabelka is a composer, improviser as well as an experimental violinist and vocalist from Vienna, with czech, jewish and french familiar background. Comprehensively educated in classical music from early age on, she continued to construct and explore the limits of sound and music in a language entirely her own, based on the de- and reconstruction of the violin’s sonic possibilities, expanding the range of the instrument using live electronic devices, preparing it through the insertion of alien objects between or on the strings and innovative performance techniques. 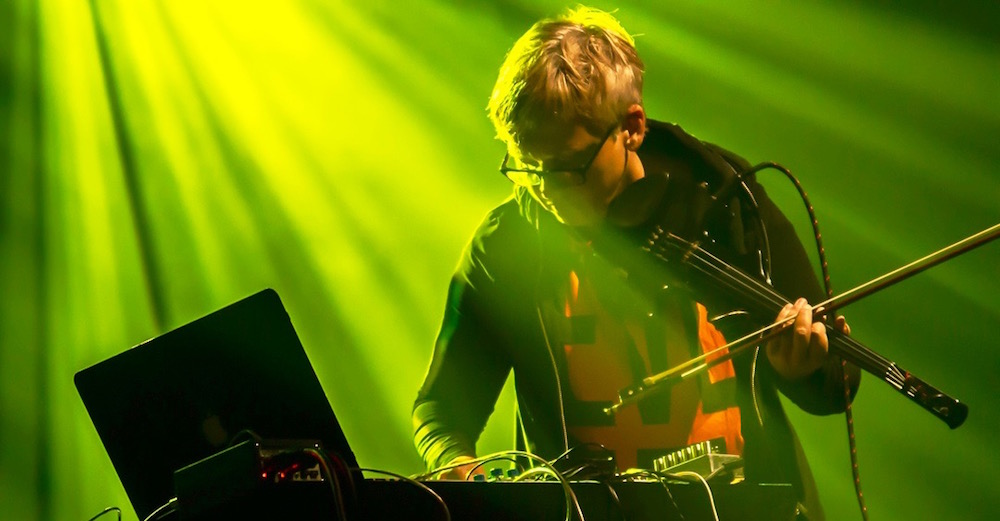 Photo by Lerachef
Mia Zabelka describes this process as AUTOMATIC PLAYING, continuously exploring sound and music as physical phenomena, always pushing back the boundaries in experimental performances and compositions that question established notions, improving the available techniques and given structures. The violin and her own voice and body are transformed in the process into sound bodies which are at once organic and primal, screaming, lyrical, composed and explosive.

She has collaborated with a string of exciting artists from around the world, such as Peter Kowald, Pauline Oliveros, Electric Indigo, Dälek, Lydia Lunch, Elliott Sharp, Phill Niblock, John Zorn, John Russell, Maggie Nicols and Robin Rimbaud. She has given concerts and performances at many Festivals throughout Europe, America and Asia. Numerous CD, vinyl and video releases. Recipient of highly regarded prizes (3- time winner of the Prix Ars Electronica) and awards, she was a guest of the DAAD’s (German Academic Exchange Service’s) international artists’ programme in Berlin and the Fulbright Commission in New York.

Recently Mia Zabelka was awarded The Akademia Music award for her composition “For Pauline Oliveros”, commissioned by Steirischer Herbst/ Musikprotokoll and Austrian Cultural Forum New York 2017. Mia Zabelka is currently the artistic director of Phonofemme Festival Vienna and Klanghaus Untergreith in the region of South Styria.

Mia Zabelka creates hauntingly sensual music, which shows her exceptional mastery and a deep understanding of the violin, be it acoustic or electric, solo or as part of a collective. In her hands the boundaries of this instrument fade and paths to uncharted sonic territory open, as she bends genres, the conventional use of electronics and the human voice to expand the spectrum for her to paint her musical language in.