Aubes is a new audiovisual project by Alexis Langevin-Tétrault and Guillaume Côté. The performance seeks to transcend the tools of the genre, in order to sculpt the audiovisual material and to create a personal, sensitive, nuanced and non-stereotypical perspective, in the modern aesthetic continuity of artists who have engraved directly on analog film, such as than Stan Brakhage and Norman McLaren. The use of ''stop motion'' techniques, as well as visual effects suggesting processing on film (engraving, chemical reaction, burning) under the Touch Designer software makes it possible to deploy an original and inspiring abstract audiovisual vocabulary, which highlights in relief the artistic intention of the duo; the evocation of dawn.

The audio of the performance is performed on modular synthesizers and computers, and it presents a complex interrelation with the parameters of visual generation. The composition consists of exuberant, dynamic and varied sound synthesis, and it is constructed using tonal, harmonic and rhythmic elements. The result is colorful, rich and dense audiovisual content, in perpetual evolution and renewal, avoiding stagnant drones and abrasive noise. The purpose of the residency at EMS is to complete the audio of the performance; it will benefit greatly from the use of Buchla and Serge synthesizers. 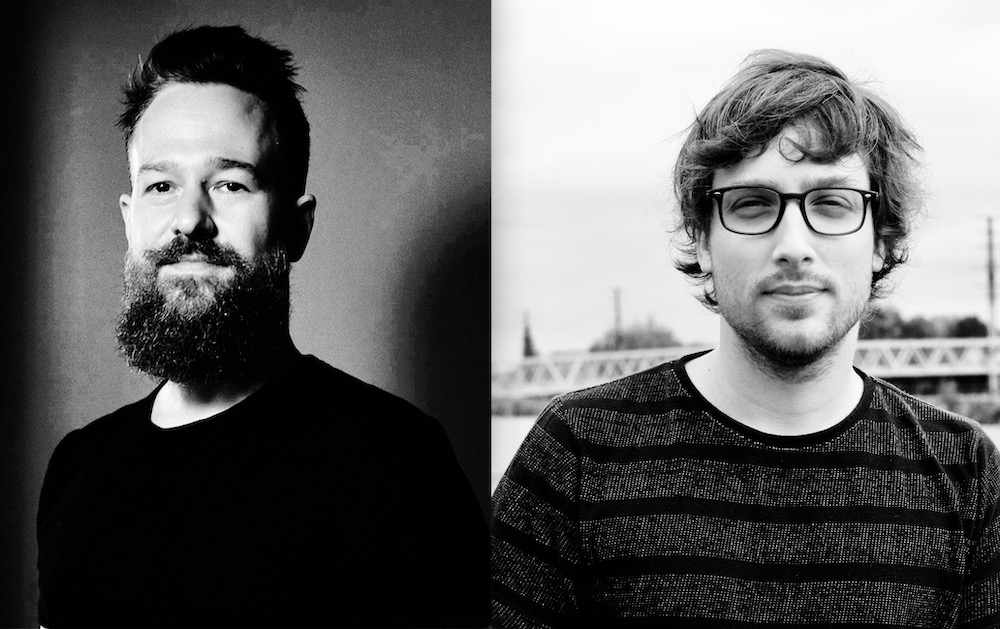 Alexis Langevin-Tétrault is an interdisciplinary artist based in Montreal. He has contributed to a variety of projects such as the collectives Falaises, DATANOISE, QUADr and ILEA, in addition to solo audiovisual performances such as Hypercube (one) and Interférences (String Network). His current work explore the concept of corporality and is characterized by the design of audiovisual devices, physical performance, scenographic and dramaturgic work, exploration of sound timbre, and also conceptual and social reflection.

Influenced by his surroundings, sound artist Guillaume Côté explores, through a mixture of concrete, synthetic and vocal materials, the territorial, linguistic and social dynamics specific to Quebec. Eclectic, his artistic research is based not only on the encounter with the Other through a musical discourse with narrative or informative aims, but also on the abstraction induced by modular systems. Avid for collaborations, he is co-founder of the digital audio creation company Trames (2016), of the Falaises collective (2017), and of the duo Aubes (2022), in addition to occupying the position of technical director at Avatar, an artist-run center based in Quebec, Canada.