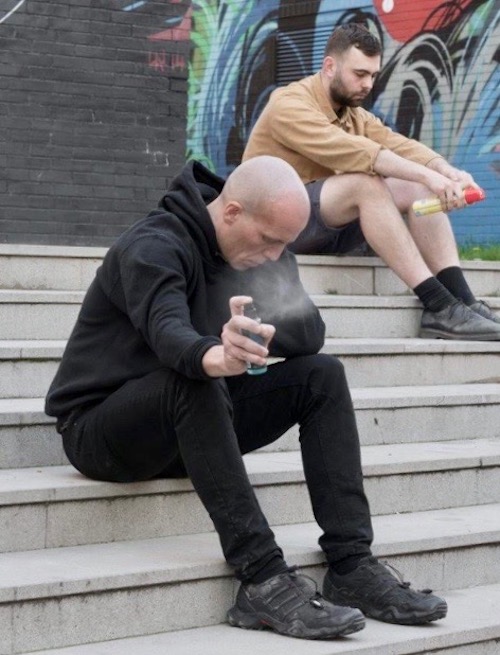 The project was originally conceived to perform works by other artists as part of an event series at Cafe OTO in London. The series acted as a research period informing the action-based pieces that the duo are currently writing. These explore physical actions and vocalisations in response to automated lighting or diffused sound. The performances are site or situation-specific, most recently pieces for strobe lights and a sequence of actions at LUFF festival in Lausanne, and at Yarmonics Festival in Great Yarmouth.

The two have previously explored historical Fluxus works at Live Arts Week in Bologna and Standards in Milan, which led them to develop a series of performances that borderline on dance, using very simple repetitive physical actions. Having both developed separate solo and collaborative electro-acoustic practices, they continue to explore a shared interest in auditory phasing and an expansion of the spatialisation of sound beyond the stereo field, but aim to reach beyond the confines of electroacoustic music to develop a type of performance referencing conceptual and performance art, folk singing, dance choreography and minimalist composition amongst other things.