Felipe Ferla Da Costa (b.1993, Porto Alegre, Brazil) is an
architect (Unisinos, 2019), Master in Theory, History and
Criticism of Architecture (PROPAR-UFRGS 2021), visual
artist, composer and performer whose practice is focused
on the aesthetics of middle class life and the Rio Grande
do Sul suburbs.

He studied classical guitar at the Canoas Cultural Foundation with Márcio Reggiori and with Rubens Baggio Lima in the extension course offered by UFRGS (Federal University of
Rio Grande do Sul). He also participated in the theory and musical perception courses at the same institution and took private lessons with the composer Lauro Pecktor.

His compositions were performed at events such as Música
de Poa, Germina Cciones, Encun (National Encounter of
College Composers), and Woodstockhausen (in Victoria,
Canada) by solo performers and groups including Amao
Quartet and InCoMuN Ensemble. Highlights from his carrer
also include the release of a split cassete with Faxmaskin
by the norwegian label Koppklys in 2012, in 2016 he won
his first award at a composers competition offered by the
São Paulo’s Tempo-Câmara ensemble, and in 2020 his
album "Happiness Thinks Only of Itself" was released on
the New York label/platform Off Latch Press.

Along with his activities as a composer, he is a painter with collective and solo exhibitions, including the publication of
some works in the belgian magazine Zhoupheus, plays electric guitar in the band Sacripantas & Rotundos, and co-founded
the experimental netlabel Abjection Productions that besides releasing various albums from a myriad of projects, also
released 3 of his own. He is currently is in the midst of his doctorate degree in architecture (PROPAR-UFRGS), with a
focus on the relationships between contemporary architecture and music. 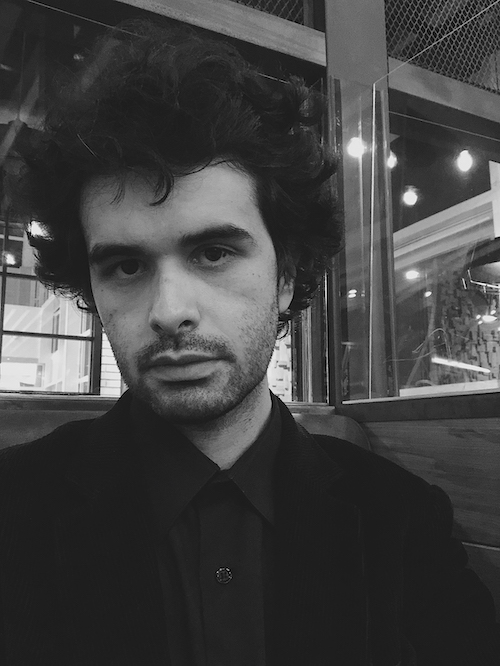