Born in São Paulo in 1962, Flo Menezes studied at the University of São Paulo (USP) between 1980 and 1985, latterly contributing as assistant to the Composition Course of Prof. Willy Corrêa de Oliveira. In the 80's Flo Menezes was also active as a pianist and conductor. 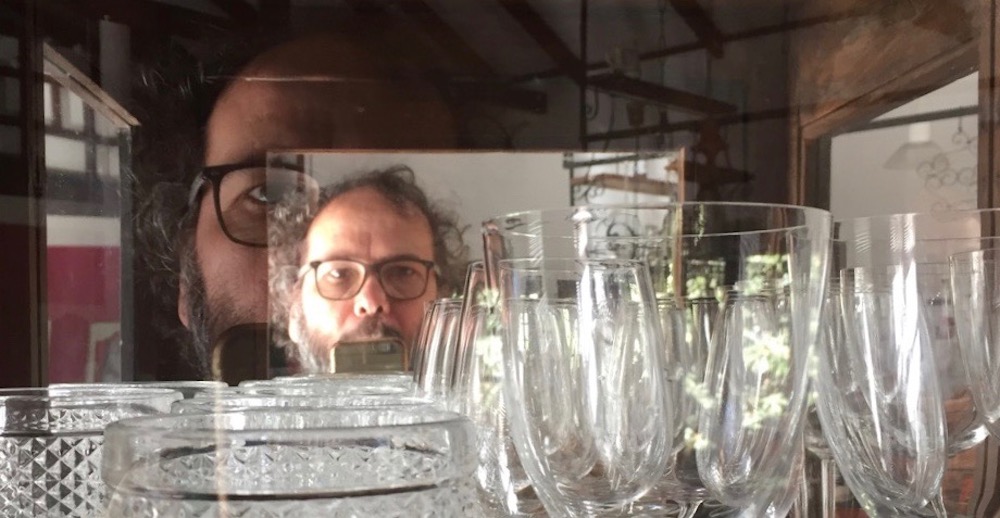 In 1986 he received a DAAD grant from Germany to study with Hans Humpert at the Studio für elektronische Musik of the Musikhochschule Cologne, acting as a composer until 1990, receiving his Diploma in 1989. In 1991 he was based at the Centro di Sonologia Computazionale (CSC) in Padova, Italy, to study computer music, also attending courses in France with Pierre Boulez (1988), in Austria with Luciano Berio (1989), in France with Brian Ferneyhough (1995) and in Germany with Karlheinz Stockhausen (1998).

The relationship with Berio led to a number of research and compositional projects: a Doctorate conducted in Liège under the supervision of Henri Pousseur, a post-doctorate study on Berio's manuscripts at the Paul Sacher Stiftung in Switzerland, an analysis of Visage by Berio, which was granted an award in 1990 at the 1st International Musicology Competition, Italy, an international selection from UNESCO in 1991, in Paris, of the electronic work Contextures I (Hommage à Berio) (1988- 89), and the publication in Europe of two books about the music of Berio.

In 1993, he was also granted a composition-prize at the TRIMALCA (International Rostrum of Composers in Radio Corporations of Latin America - Argentina) for his electroacoustic piece Profils écartelés (1988) for piano and tape; in 1995, with the Prix Ars Electronica in Linz, Austria, for his composition Parcours de l'Entité (1994) for flutes, percussion and tape; in 1996 with the First Prize at the Luigi Russolo International Electroacoustic Music Contest in Italy for A Viagem sobre os Grãos (1993; 1996), for 2 percussion players and tape, which first performance occured at the Carnegie Hall in New York in April of the same year; in 2002 with the Prêmio Cultural Sergio Motta for Colores (Phila: In Praesentia) (2000); in 2003 with Bolsa Vitae de Artes for labORAtorio (1991; 2005; 2003); in 2007, he was awarded the Giga-Hertz-Preis (with Pierre Boulez, Wolfgang Rihm, Horacio Vaggione and others in the Jury) for La Novità del Suono (2006), written for the EOC of Lyon for chamber orchestra and live-electronics etc.

In July 1994, he founded the Studio PANaroma de Música Eletroacústica da Unesp, for which he is the Artistic Director, one of the most important studios for electroacoustic music in America and the first one in Brazil to participate on the Forum-IRCAM.

In 1999 and 2001 Stockhausen invited him to become Professor of Analysis of the Stockhausen's works at the Stockhausen-Kurse Kürten, Germany. In 2004-05 he became Visiting Professor at the University of Cologne, Germany. In July 2002, Flo Menezes was responsible for the foundation of the very first loudspeaker orchestra in Brazil: the PUTS. In May 2011, at the age of 49, Flo Menezes received the highest academic degree: Full Professor for Electroacoustic Composition at the State University of São Paulo (Unesp).

Author of about 100 works and 13 books (published in Brazil, Germany and Italy), he is currently Professor of Electroacoustic Music and Composition and Director of Studio PANaroma at the State University of São Paulo (Unesp).