Pablo Sanz is an artist, composer, recordist and researcher currently based in Spain and the UK. His body of work includes site-specific and public art projects, immersive multichannel installations and live performances, exhibitions, releases, and pieces for broadcast and headphone listening. His practice is an open-ended investigation of listening, time, space, materiality, non-human vitality and otherness, with a focus on the limits and thresholds of human perception and attention. 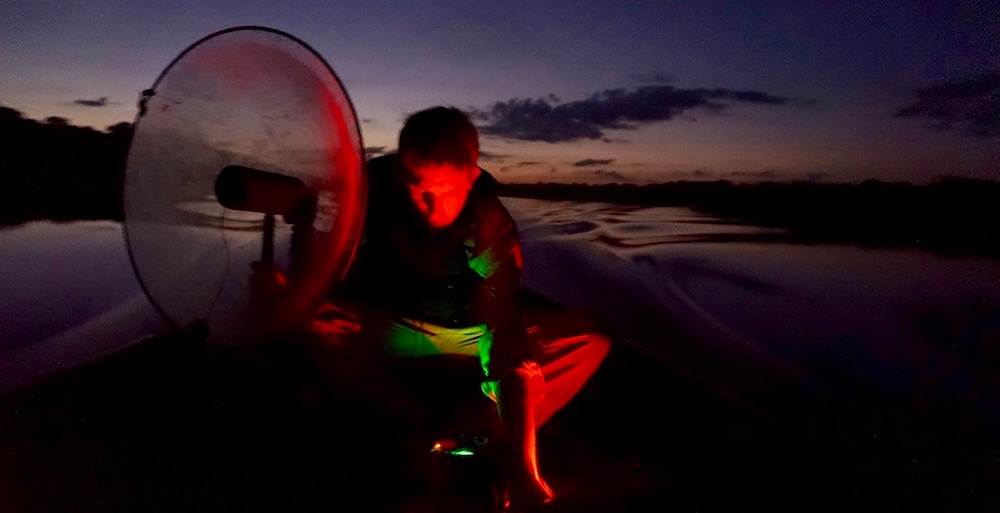 He has participated in numerous artist residencies in Spain, Portugal, The Netherlands, Belgium, Germany, Slovenia, Sweden, and Brazil, and has given talks, seminars and workshops internationally. In 2004 he was a co-founding member of Mediateletipos.net, an independent collective initiative devoted to the research and dissemination of aural culture, experimental music and sonic arts. He also worked as an editor in ArteSonoro.org and was the artistic director for the triannual programme ‘Sensxperiment 2009-11. Sensory Immersion’ in Córdoba. Pablo graduated at the University of the Arts of The Hague, working at the ArtScience Interfaculty and the Institute of Sonology.  Pablo holds a PhD in Electroacoustic Music Composition and Sonic Arts (‘Environmental Composition Approaches’) by the Sonic Arts Research Centre (SARC), QUB, Northern Ireland, UK.

His residency is kindly made possible by the Embassy of Spain in Sweden.