Pierce Warnecke is sound and video artist from the US, based in Europe for over a decade. He works equally in the aural and visual domains by creating performances, installations and compositions. 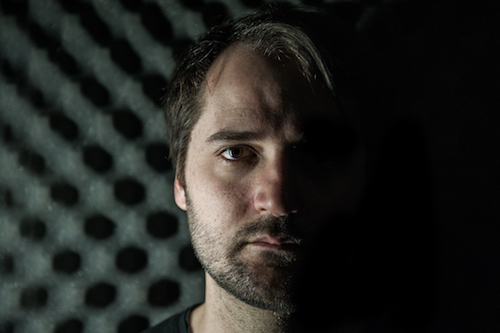 At EMS he will work on a piece for Deutschland Radio Kultur: "Current developments in technology can only let us assume that Kurzweil's Singularity may be soon upon us. But once machines reach parity with humans, how will their coming of age actually unfold on a social level, and what kind of new relationships will be established between natural and man-made lifeforms?  If an intelligent entity wished to reproduce with an animal, it could very well do so by learning to imitate all of the ceremonial aspects of that animal’s reproduction in order to seduce it: it would need, at the very least, to start by becoming an expert at mating calls.

Starting from this fictitious and facetious hypothesis of what it might sound like if machines tried to entice animals for reproductive purposes, Functional Mating Cries expands quickly from this semi-serious proposal towards a broader sonic study of language as an emergent structure, and how it might be perceived by various forms of intelligence (machine and animal). From pattern recognition to emulation to improvisation, there are many ways to breakdown and analyze sonic forms of communication in order to study what exactly makes a language recognizable as such. But perhaps the real question isn't what makes something a language, but rather at what point is it perceived it as such."

His works have been commissioned by CTM Festival, Deutschland Radio Kultur, ORF Musikprotocoll and Mirage Fesitval. He has received supporting grants from Germany, the European Union and France (Arcadi, Dicream).

Recent projects include collaborations with Frank Bretschneider (visuals for his latest work "Sinn+Form" on raster-noton), Matthew Biederman (sound composition for the installation "Perspection") and Yair Elazar Glotman (visuals for “The Mirror and the Mask”).

He releases music on Portals Editions, with a release on Room40 in May 2016, and is represented by CTM’s DISK agency for booking.