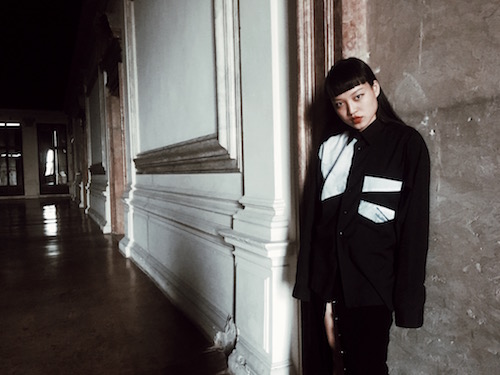 Pan Daijing is a performance and sound artist born and raised in southwest China, currently based in Berlin. This year sees her doing residency at Foundazione Prada Venice, presenting commissioned piece at Shanghai's Rockbund Museum and performing Berlin's Volksbuehne. Music wise she is quickly rising with ecstatic power electronics-techno and a multiplying practice covering wide geographical and interdisciplinary range.

As a live improviser, her sound performance is steeped in industrial noise, cinematic atmospherics and sexual charge, drifting into drone and giddy, twisted beats. Every work of hers is heavily themed and is a powerful combination of body and sound.

Besides her solo music and art projects, Pan also collaborates with Werner Dafeldecker and Valerio Tricoli on sound performance. After sharing stage at Berghain with Oneohtrix Point Never, she is playing this summer at Sweden's Norberg festival and is participating RBMA in Montreal.