Tim Coster was born in Auckland, New Zealand in 1980 and currently lives and works in Melbourne. He graduated with a Bachelor of Visual Arts (Sculpture) from the Auckland University of Technology in 2003.

Since graduating, Coster has worked as an installation and sound artist with a particular focus on published audio releases (running the labels CLaudia, and then Fictitious Sighs) and live performances. Now based in Melbourne, he uses synthesizers, field recordings and other gathered musical sounds processed by digital and analogue devices to create shifting and sculptural sound environments. 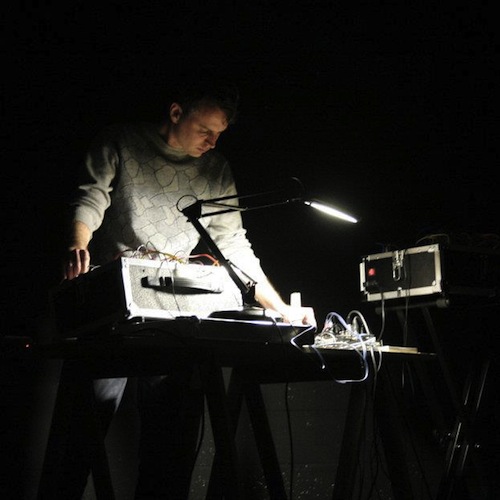 Over the last decade Coster has collaborated with various artists and performers, participating in festivals such as Alt Music, Lines of Flight, Auckland Fringe and Alleluya Noise. He has been commissioned for sound installations by ACCA Melbourne for NEW11 (2011) and Auckland Museum for the series Sonic Museum (2009), and has presented solo exhibitions at galleries in Australia and New Zealand. Coster’s live and recorded soundtracks have accompanied a number of dance performances both in New Zealand and internationally, and in 2010 he toured the mid-west USA and released an LP with Angeline Chirnside as the duo Currer Bells. In 2013 Coster released a free-download solo album A Moment's Ornament on Australia's Room40 label, and is currently working on further solo recordings.