Bryan Eubanks (b. 1977, US) is a musician primarily active within the traditions of experimental and live electronic music. Growing up in the desert region of eastern Washington State, he was trained in analog photography before becoming musically active in Portland, Oregon in the late 1990's. There he was part of a fertile music community and organized a large amount of concerts, small festivals, and collaborations, as well as forming the record label Rasbliutto with Jean Paul Jenkins and Joseph Foster in 2001 (operating until 2011). From 2005 to 2013 he continued to be an active musician and organizer in New York City, working most often with Andrew Lafkas in a variety of contexts as collaborator and co-curator, and is currently living in Berlin, Germany. He has no formal musical training and is, for the most part, an autodidact, although he received an MFA in 2012 from the Milton Avery School of the Arts at Bard College. He works with the soprano saxophone, electronics of his own design, and computer music. He improvises, composes, and is developing sound installations exploring acoustic holography. 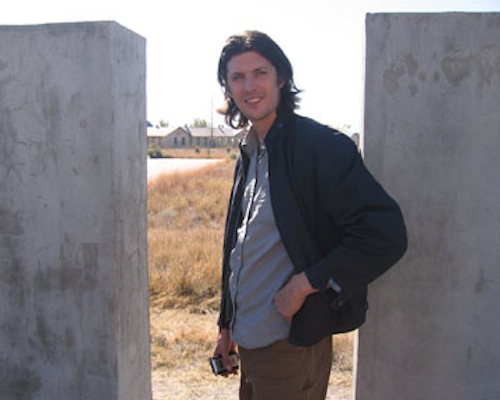