Based in the San Francisco Bay Area, Gino Robair (b. 1963) explores the
areas between improvisation and composition (both traditional and
indeterminate). Among his recent works is the improvised opera "I,
Norton", which has been performed throughout the U.S. and Europe. His
current focus is on the use of graphic scores that are generated in real
time, which often include physical objects that evolve over the course of
a performance due to performer interaction. Current works in progress
include a theater piece with Stockholm-based composer Anne Pajunen, and an
interactive, computer-based environment with Palle Dahlstedt and
Per-Anders Nilsson. 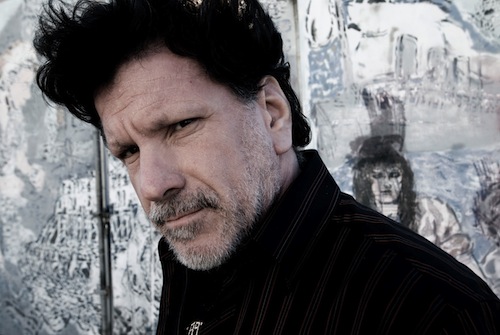 As an instrumentalist, Gino has recorded with Tom Waits, Anthony Braxton,
Derek Bailey, and John Butcher, among others, and is one of the "25
innovative percussionists" included in the book Percussion Profiles
(SoundWorld). He is the Technical Editor at Electronic Musician magazine
and writes a column for Mix magazine called the Robair Report.

More information, as well as video clips, can be found at ginorobair.com.