Mark Buckeridge (B. 1991 Dublin) Lives and works in Cork Ireland. Graduating from the Crawford College of Art and Design with a degree in Fine Art in 2013. Working in the field of composition, performance, drawing and other visual formats. 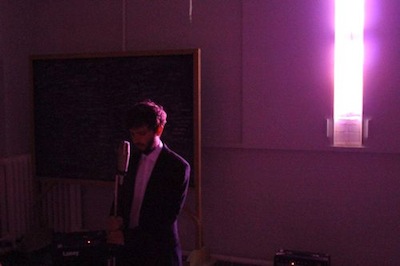 Previous work and releases include "Ground Yourself" (2012) to critical acclaim using a diverse range of instruments in a simplistic manner to create a sad, deranged pop record. "I could use that knife but I won't" (2013). A piece created for his degree show which consisted of music composed for twenty objects, performed from the 7th to 14th of June as part of the exhibition with words and music given to the audience and released on cassette tape to give the audience something tangible in a world where this is becoming less and less significant.