Rob Bentall (b. 1989) is an electroacoustic composer hailing from North London, England. Having gained a first degree in Music from the University of Manchester, graduating in 2010 and winning the P.J. Leonard Prize for electroacoustic composition, he went on to read for an MMus at the University of Sheffield supervised by Dr. Adrian Moore and generously supported by a Julian Payne postgraduate scholarship. During his Master’s study, Rob completed a portfolio of acousmatic works which went on to be featured at ICMC 2011 (Huddersfield), SSSP 2011 (De Montfort University, Leicester), MANTIS Spring Festival (University of Manchester), Soundings Festival (University of Edinburgh) and BYTE Gallery 2011 (Transylvania University, Lexington, USA). 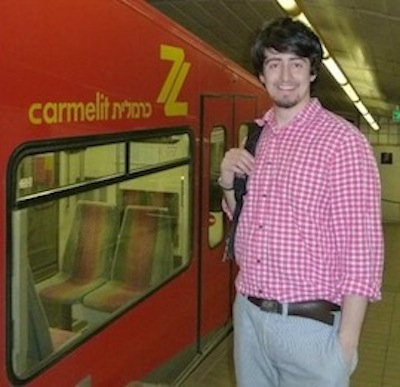 He has written a thesis exploring the influence of academia on the aesthetics of acousmatic music and research papers about the relation of sound diffusion to compositional decisions. Rob’s PhD research at SARC, supervised by Dr. Paul Wilson and Dr. Simon Mawhinney, is concerned with the role of gesture in the structuring of electroacoustic music. Outside of life at SARC, Rob also enjoys performing in QUBe on double bass, playing Klezmer, debating, walking in the Mournes and learning Irish at An Droichead cultural centre. He is funded by a DELNI studentship.