Louise Vind Nielsen (*1984, Denmark) is a Hamburg-based conceptual sound-, performance visual artist and composer, working in particular with performance, sound and film. Her body of work deals with the mystery of how we listen and perceive our surroundings, as well as the interrelations between humans and machines as well as human-human relations. In a diverse artistic practise connecting elements of poetry, mythology, music and social engagement she seeks to examine complex themes with an obscure and humorous approach.

Since 2014 Louise has been curating Radikal Unsichtbar - Centre for collective learning and radikal listening. A series of public workshops, lectures, writings and collective exhibitions focussing on contemporary sound art and the act of listening in relation to community and society. Her work has been granted with the Musikfonds e.V. Stipendium 2020/21, Deutsche Bürgermedienpreis 2016, prize for the best graduation work of the Jutland Academy of Arts 2013 and shown and heard in Norway, Sweden, Denmark, Turkey, Lithuania and Germany and released on MAGIA (Copenhagen), TTT (Hamburg) and Research and Waves (Berlin). 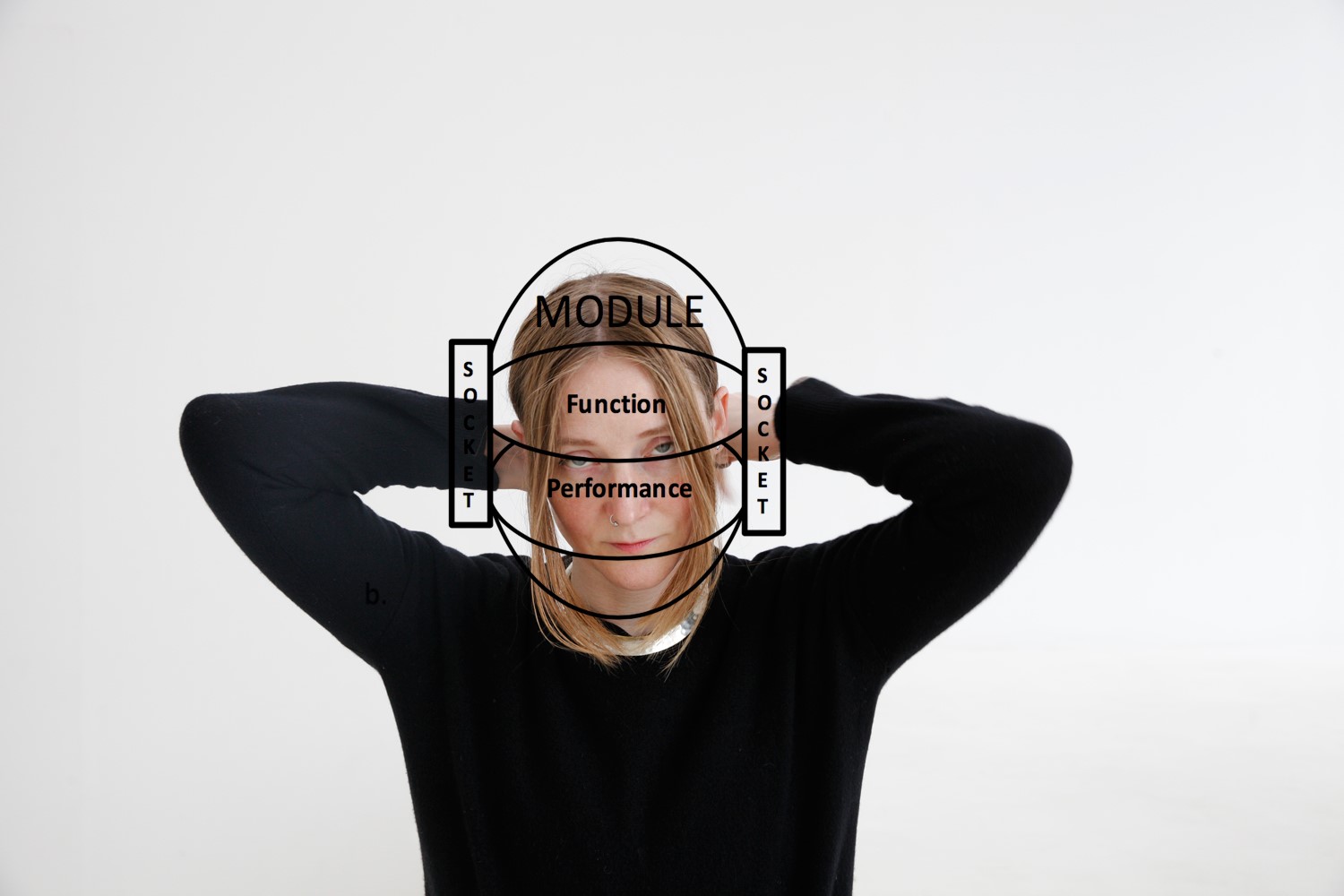 Read more about her residency below:

During my stay at EMS I am going to research different possibilities of symbiosis between human beings and modular synthesis.
"Module, function, performance, socket” is the working title of my residency project at EMS Stockholm and an extension of my sound-based performative universe, is which interrelations between human and machine are investigated and sound elements play together with poetry, mythology and social engagement.

Modular synthesis is a way of separating the basic building blocks of the electronic synthesizer so that they can be assembled in ways that aren't predetermined. Everything can be put together with everything else and thereby create new physical forms and analog circuits. The focus of my artistic studies at EMS will be to find new ways of connecting myself with these modular circuits. I'll bring a specially designed tightly fitting suit consisting of contact microphones, cables and textile asking if it is possible to transform my organic human body into a living modular synthesizer and create a kind of symbiosis with the instrument? I am interested in notions of technology and science-fiction, man's dream of perfection and invincibility, simulation of life and intelligence, but at the same time I'm also interested in ideas of the natural, the impossibility of perfection and the potential of human (and technical) error, sensation and unpredictability.