Chantal Dumas is a sound artist living in Montreal, Canada. In her productions, Dumas approaches various themes, some of them more often: time, space, territory, the elsewhere, listening. Cartography inserts itself naturally as a subtext in her compositions, acting as a structural element or as a framework for improvisation. 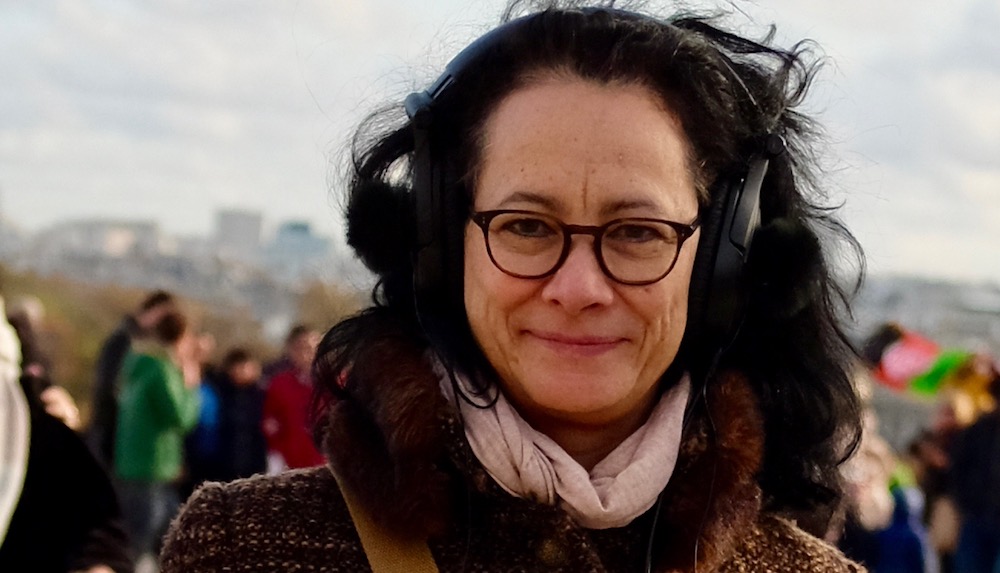 Microphones are also her tools and instrument, listening is a method of approach. Field recordist, she makes the sounds collected into her immediate environment or in specific sites, the raw material for her production.

She was awarded the prizes Opus for the best concert in electrocacoustic and new music, (Quebec), Phonurgia Nova International Radio (Fr), Bohemia Radio (Czech Republic), among others. Her Oscillations planétaires that evoke the mechanics of the earth published on the label Empreintes digitales and a bilingual publication about her work published by Avatar (Quebec) were launched in autumn 2019.

She has received grants from the Conseil des arts et des lettres du Québec (CALQ) and the Canada Council for the Arts (CCA), and was invited for residencies at the Studio du Québec in New York City (USA, 2011) and Les Récollets in Paris (France, 2016). She presided the jury of the Concours international Phonurgia Nova (2016, 17). In 2017, she was the keynote speaker at the Toronto International Electroacoustic Symposium (TIES).